Irrigation repair in Brookhaven GA. We service sprinkler systems in all of Atlanta, including Brookhaven. If you need help with your sprinklers, Call Us Now!

Why Choose Us for Brookhaven Sprinkler Repair?

• Outstanding Customer Irrigation Service in Brookhaven
From education to system repairs, Atlanta Sprinkler Repair provides prompt and reliable customer service. Unlike some contractors, we return all phone calls within one business day and are able to make most service visits quickly. We will take the time to thoroughly explain the operation of your irrigation system and show you how to program your system controller.

Irrigation Service and Repairs in Brookhaven 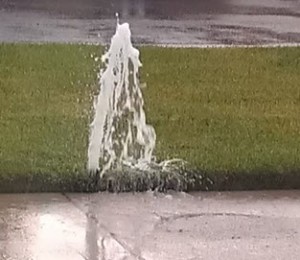 John Evins was the first permanent European settler in Brookhaven, Georgia. In 1810 he started a plantation which was later purchased in the year of 1830 by Solomon and Harris Goodwin. You can still locate the Goodwin family graveyard and home near Dresden Drive at the 3900 block of the Peachtree Road. The zip code is 30319

In the year 1924, Brookhaven was incorporated as the city of North Atlanta. Later in 1965, there was a referendum where the majority of voters selected dis-incorporation and as a result the city’s charter was dissolved. Brookhaven had a major residential and commercial growth between the 1950s and 1970s. This included the Brookhaven Marta Station in 1984.

The Capital City Club and the estate homes that surrounded it were included in the National Register of Historic Places. This neighborhood is now known officially as “Historic Brookhaven.” Further ideas of incorporating Brookhaven as a city began in the year 2007. This was done for the purpose of controlling zoning, land use, fire protection, police, and Parks and Recreation. Before this time all city control issues were decided from the city of Decatur.

The areas now is divided into two separate areas which are called Historic Brookhaven and Brookhaven Village. The homes of Historic Brookhaven surround Capital City Country Club. Many of these homes were designed during the prewar period by well-known Atlanta architects. This neighborhood is well defined as it stretches from Windsor Parkway on the north, Peachtree Dunwoody Road on the west, Mabry Drive on the east, and Peachtree Road to the south.

Brookhaven Village, on the other hand, is the name that was given to the urban town center that has developed on Dresden Drive. This area is just east of Brookhaven Marta Station and includes the Village Place and the Village Park Place. Some of the neighborhoods that surround this area are Drew Valley and Ashford Park. The village is home to residential and commercial establishments. For irrigation repair in Apopka, click the link.